What is Monkeypox Virus: Monkeypox is an infectious viral disease that can occur in humans and some other animals Symptoms include fever, swollen lymph nodes, and a rash that forms blisters and then crusts over. The time from exposure to onset of symptoms ranges from five to twenty-one days. The duration of symptoms is typically two to four weeks. There may be mild symptoms, and they may occur without any symptoms being known. The classic presentation of fever and muscle pains, followed by swollen glands, with lesions all at the same stage, has not been found to be common in all outbreaks. Cases may be severe, especially in children, pregnant women, or people with suppressed immune systems so let’s know about more Monkeypox Virus

The disease is caused by the monkeypox virus, a zoonotic virus in the genus Orthopoxvirus. The variola virus, the causative agent of smallpox, is also in this genus. Of the two types in humans, the West African type causes a less severe disease than the Central African (Congo basin) type. It may spread from infected animals by handling infected meat or via bites or scratches. Human-to-human transmission can occur through exposure to infected body fluids or contaminated objects, by small droplets, and possibly through the airborne route. People can spread the virus from the onset of symptoms until all the lesions have scabbed and fallen off; with some evidence of spread for more than a week after lesions have crusted. Diagnosis can be confirmed by testing a lesion for the virus’s DNA.

Monkeypox is a rare disease that is caused by infection with the Monkeypox virus. The virus is related to the smallpox virus but typically causes less serious disease. Most cases of monkeypox to date have occurred in individuals living in Central and West Africa. In the past, limited cases had been identified in other countries but never in Canada.

Starting in May 2022, monkeypox cases are being identified in countries where it is not typically found. The Public Health Agency of Canada (PHAC) has now confirmed cases in Canada, including Alberta, but the risk to the general public is considered low.

Monkeypox infection is usually a mild illness that resolves without treatment. Most people recover within several weeks, however, severe illness can occur in some individuals.

Signs and symptoms can vary and do not always present in order. The illness may also not present the same in every case.

The risk for the general public, including children, is low. At this time, no monkeypox cases have been reported among children in Canada. Children presenting with rash illness would not be considered to be at risk for monkeypox unless they have a known close contact exposure to a confirmed case, for example, a household member. They should be investigated for more common causes of rash.

Monkeypox is caused by infection with the Monkeypox virus. It does not spread easily between people, but may occur through:

Monkeypox can spread to others from the time symptoms start until the scabs fall off and new skin can be seen, usually 2 to 4 weeks. Scabs contain viruses that can spread the illness to others, and should be carefully disposed of.

Most people recover from monkeypox without treatment. Some people with more serious illnesses may require hospitalization and supportive care.

Treatment options may be available to those at risk of severe illness. Call HealthLink at 811 if you think you were exposed to a case of monkeypox.

To protect yourself and prevent monkeypox:

Alberta residents 18 years and older eligible for the monkeypox vaccine include:

Due to limited availability, anyone who is eligible at this time and is interested in receiving the monkeypox vaccine must call Health Link at 1-866-301-2668 to review eligibility and book an appointment.

What causes the monkeypox virus?

Monkeypox was discovered in 1958 when two outbreaks of a pox-like disease occurred in colonies of monkeys kept for research. Despite being named “monkeypox,” the source of the disease remains unknown. However, African rodents and non-human primates (like monkeys) might harbor the virus and infect people.

What does monkeypox do to humans

A rash that can look like pimples or blisters that appear on the face, inside the mouth, and on other parts of the body, like the hands, feet, chest, genitals, or anus. The rash goes through different stages before healing completely. The illness typically lasts 2-4 weeks.
Also Read:

The rash will go through several stages, including scabs, before healing. The rash can look like pimples or blisters and may be painful or itchy.

How many monkeypox deaths in 2022?

A systematic review. As of May 31, 2022, there have been 1400 suspected or confirmed cases of human monkeypox with 66 deaths reported in Sierra Leone, Liberia, Cameroon, Congo, Central African Republic, Nigeria, and DRC.

How do you stay safe from monkeypox?

How long does monkeypox last for?

Monkeypox is usually a self-limited disease with symptoms lasting from 2 to 4 weeks. Severe cases can occur. In recent times, the case fatality ratio has been around 3–6%. Monkeypox is transmitted to humans through close contact with an infected person or animal, or with material contaminated with the virus.

How long is monkeypox contagious?

How does monkey pox spread?

Monkeypox can spread to anyone through close, personal, often skin-to-skin contact, including Direct contact with monkeypox rash, scabs, or body fluids from a person with monkeypox. Touching objects, fabrics (clothing, bedding, or towels), and surfaces that have been used by someone with monkeypox.

Can you get monkeypox from kissing?

If you feel sick or have a rash, do not attend any gathering, and see a healthcare provider. Festivals, events, and concerts where attendees are fully clothed and unlikely to share skin-to-skin contact are safer. However, attendees should be mindful of activities (like kissing) that might spread monkeypox.

Can you get monkeypox if you had chickenpox?

Monkeypox can look like other infections such as chickenpox or shingles, Dr. Wohl says. “Most adults who’ve had chickenpox don’t get it again,” he says. “They can get shingles, but that’s typically in a patch of skin on one side of the body.

How do you know if you have monkeypox?

How many cases of monkeypox in the United States?

Can dogs get monkeypox? 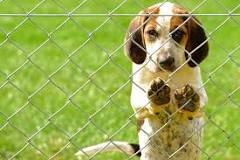 Do monkeypox bumps go away?

It’s found mostly in areas of Africa but has been seen in other areas of the world. It causes flu-like symptoms such as fever and chills, and a rash that can take weeks to clear. There’s no proven treatment for monkeypox, but it usually goes away on its own.

What countries is monkey pox in?

There are more than 16,000 reported cases of monkeypox within 75 countries and territories. Monkeypox has a current fatality rate of between 3-6%. A recent study found that 95% of monkeypox cases between April and June 2022 occurred during sex between men.

How rare is monkeypox?

U.S. monkeypox cases are very rare. Monkeypox does not occur naturally in the United States, but cases have happened that were associated with international travel or importing animals from areas where the disease is more common.

CDC is tracking an outbreak of monkeypox that has spread across several countries that don’t normally report monkeypox, including the United States. The monkeypox virus is spreading mostly through close, intimate contact with someone who has monkeypox.

Can you fly with monkeypox?

Generally, there is a low risk of becoming infected with monkeypox during travel. The risk is greater if you have close contact, including during sex, with a person who has the infection and who has symptoms.

What is the test for monkeypox?

Sampling for diagnostic testing
Monkeypox is diagnosed by PCR test on a viral swab taken from one or more vesicles or ulcers. Swabs should be sent in viral transport media.